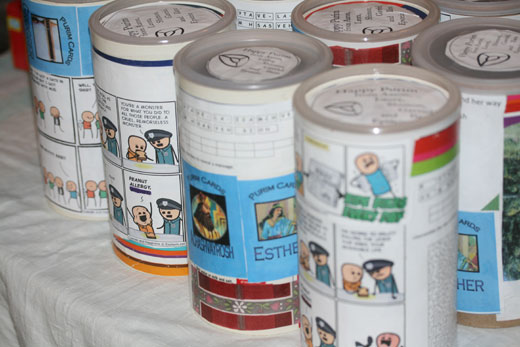 Every year we decorate old oatmeal containers (and sometimes matza meal containers) with pictures and coat them with modge podge to create Purim gifts. We give these away to some of our friends. This year, my son decided to put comics and homemade Purim cards on his containers. My daughter opted for photos of her friends on her containers.

14 thoughts on “Review with Purim Presents”